How to get your people behind your new culture? Let them create it.

Last month I had talks with a Fintech company based in the UK. There was a sense that despite the professionalism of the young workforce, they weren’t owning the numbers. As long as the management team kept the pressure on things would go fine, but as soon as they took their foot off the gas the commercial focus and urgency would fade. So, in a move to increase engagement, the owner had developed a company vision and invested in streamlining the structure and processes. In our meeting he confessed to me, however, “We have invested a lot in our recent culture change, but the drive and engagement is not taking off as had I hoped.”

We have our company values, we’ve worked on our organization structure and processes… why is it not happening?

He continued “We’ve worked on our organization structure and our processes, we do our best to lead conversations in an empowering rather than a directive way, we have the coolest office space. Everyone knows the company values, and we do our best to create emotional safety and to make it OK to make mistakes. Things are going pretty well, but I’m not seeing the excitement I had hoped for. What are we missing?“

“Imagine your operations manager is a great person but her wise-cracks set a flippant tone in meetings. When she is around no one dares to ask ‘boring’ questions or admit when they don’t get what’s being said. Could that influence the engagement?” “Hmm, could be,” he said.

“Imagine one of your developers worries certain colleagues will think her arrogant if she shares how she solved an issue others hadn’t been able to. So she keeps her victory and lessons to herself. Would that hold back the growth and learning in the team?”

“I never thought about that,”.

The fact that you and your leadership team want to create emotional safety doesn’t mean it materializes in practice.

“Imagine your sales manager has a tendency to overpromise to your customers, and it is creating tension with the delivery team who have to take the flack from the disappointed clients. Would that have an impact on morale and motivation?”. Sure.

“Imagine your office manager’s desire to be seen as competent is preventing him from asking for help, making him overworked and stressed. Would that effect his engagement, and that of those around him?” Yes, yes.

“Is this something the office manager does deliberately, or does it just ‘happen to him’?

“Exactly. Most of the problems in teams stem from the day-to-day stuff. From behaviour people fall into without realizing it. What’s more, that behavior often happens while they are trying their best. The fact that you want to create emotional safety doesn’t mean it materializes in practice. Because it is created by the combined behavior of every single person in your organization.”

“So …even the best organisation structure, values, procedures and techniques are insufficient…?” he ventured. “I guess you can’t possibly stipulate all wanted behaviour in procedures. The list would be endless.”

Culture is the way the individuals in your organization behave when no one is watching.

To really shape culture you need the whole-hearted buy-in from the indivduals at all levels in your organisation. You need their willingness to look honestly and courageously at the consequences of their own behavior; You need them to be willing to stop keeping up appearances and to get real. You need them to admit where their behavior is counterproductive and to be willing to correct. And yes that’s quite a lot to ask. It is really up close and personal.

Is it possible? Absolutely. And once you have achieved this your people become your partners, creating the culture every day through the way they think and behave.

“Imagine your wise-cracking operations manager admits that her sharpness is a way of masking her insecurity, and imagine she commits to build her self-trust by daring to take off the mask and be real,” I asked.

“And imagine she sees that people appreciate her even more when she is real, and starts to trust herself more…

Imagine your wise-cracking operations manager admits her sharpness is her way of masking her insecurity, and she commits to take off the mask and be real..

“And imagine your office manager gets it that the more he needs to prove his own worth, the less he actually trusts his own worth. So imagine he decides to start allowing others to support him, creating more space for himself, making him less stressed and more relaxed with his colleagues. How many people would that relaxedness rub off on?”

“Then the two of them become fly-wheels, creating a more harmonious and inspiring form of cooperation with everyone they interact with.

“Why do they do it? Because they get it that when they are counterproductive they pay prices for it in the relationship they have with themselves. Because they have made a conscious choice to grow themselves and go for their best as human beings. Now that is when things start to get truly exciting :-)”

Do the inspiring leadership test

The fact that you have brains, talent and work hard doesn’t necessarily mean you achieve the success and sense of fulfilment you deserve. If you want to increase your success and  your happiness in your work, you want to investigate your blind spot because the key will be something you are currently unaware of. 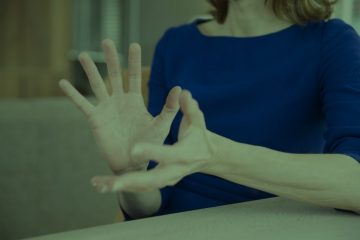 Honesty Is A Touchy Subject, But Not Addressing It Will Destroy Your Team