This is a cautionary tale of four people, who never met each other, called Bill, Lakshmi, Tatjana and Mo. These are not their real names, but I have personally worked with all of them.

Bill, in his late fifties, was a senior manager at a scale-up running an important worldwide environmental project. He had spent much of his career in management teams and non-executive boards and looked forward to using his experience to make a difference in the world. When I met him half an hour before the training programme, he was worried about his marriage.

‘I had my hands full dealing with my own problems’ – Bill, senior manager at a leading environmental company

Just four days into the programme, Bill shared with the group that he had been in senior positions in various large NGOs where there had been so much internal politics that he had become disillusioned. When I asked him how he dealt with it, he was honest enough to confess that his way of coping had been to mentally disengage. ‘There was not much I could do, and honestly, I didn’t want the confrontation. I had my hands full dealing with my own problems.’

At one point in the conversation I asked him how someone in his position could afford to be so cynical, and he looked shocked. Sometime after the training he thanked me for the wakeup call and said that he realised he’d been sticking his head in the sand. Having reconsidered his options, he had decided to initiate conversations with senior colleagues to put the subject of the organisation’s culture on the agenda.

Lakshmi was a PhD student in environmental science, a young woman who believed passionately that society needed to make huge changes in order to prevent climate change. She was vegan, bought only second-hand clothes, monitored her carbon footprint closely and was highly committed to doing whatever she could. There was only one problem: she was chronically angry. She had come to the training because of fights with her boyfriend and, within an hour, she had got into a disagreement with one of the assistants in the team. In almost every conversation, she expressed her disbelief about why things were the way they were. She frequently asked questions like, ‘How come X? Why Z?’ Her exasperation had become an integral part of how she presented herself. She was adamant about how things ‘should’ be and, for the other trainees and the team, she was an uncomfortable presence to be around.

At one point in the training, the penny dropped and she realised that her attitude had made her an island. People avoided her. If she was truly committed to her values, she was going to have to join forces with as many people and organisations as possible. She needed to overcome the anger and become someone other people enjoyed being around and learning from.

Mo had just finished university. He was a sensitive young man, interested in the world around him. He was critical about the way a lot of things in society were managed – the education system, the treatment of the elderly, the financial system, the housing market and the way people spent long hours in jobs they don’t like. Meanwhile, he was figuring out what he wanted to do in life and hoped the training would help him learn to speak up more and stand his ground.

During the training Mo participated in a game in which the objective was to win points. In the training he had noticed his tendency to sit back and let others lead, so in this task he decided to take the lead. When he stood up, there were several discussions going on in the group at the same time but he dared to speak up and cut through the noise. He brought his group together, getting everyone to listen to each other so that the group made progress and achieved results.

There was one small problem. Mo forgot to stop and ask himself what his own definition of success was. What was the point of all this? Like a technocrat, he was so focused on getting the team working and winning points that he ended up leading them towards a result he was later ashamed of.

Tatjana read books about the environment, while her comfortable corporate job bored her

Tatjana was a marketing executive working for a multinational. With her intellect and straightforward leadership style, she had proven her ability to create results in teams. The career ladder had taken her from her home country of Ukraine, via Russia and England, to the company headquarters in Holland. She had things sorted. A good position with a good salary, good prospects, a nice boyfriend and a nice apartment. In her spare time, she liked to read and attend lectures about social and economic innovations to help improve society.

She had signed up for the programme because she wasn’t getting any satisfaction out of her job. Although she was paid well, respected and had good role in the company, she missed a sense of meaning. One week after the training, she told me she had quit her job and gone to join her boyfriend in Geneva, where she was going to do a master’s degree in European and International governance. Now she works for the UN, developing smart and sustainable cities.

These are four people who wanted to change the world for the better, but almost did the exact opposite without realising it. Bill was in a position of influence but was caught up in his self-created personal problems; Tatjana had the talent and competencies, but her golden cage was just too comfortable; Lakshmi was a visionary who was too angry to inspire anyone or lead a change; and Mo was so anxious to be part of the action that he turned into a technocrat with no moral compass.

The moral of this story is that saying you want change and making it happen are two entirely different things.

Do the inspiring leadership test

The fact that you have brains, talent and work hard doesn’t necessarily mean you achieve the success and sense of fulfilment you deserve. If you want to increase your success and  your happiness in your work, you want to investigate your blind spot because the key will be something you are currently unaware of. 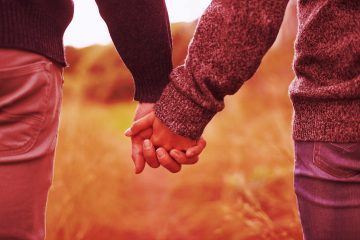 How To Ease Your Team Into Being More Honest

Giving and receiving honest input is a sensitive point for many people for two very simple reasons: a) most people are afraid of being criticised b) they don’t want to insult and hurt others, and Read more…